Recording works in 10-bit Apple ProRes files in all formats up to 4K or 12-bit Blackmagic RAW in all formats up to 6K. The camera features built-in CFast and SD UHS-II card slots, and a USB-C expansion port for recording directly to an external SSD. Media cards and disks can be formatted in HFS+ for Mac and ExFAT for Windows. In terms of dynamic range, Blackmagic Design claims the Pocket Cinema Camera 6K has 13 stops. The new Pocket 6K features the same Generation 4 Color Science as the high-end URSA Mini Pro G2 for accurate skin tones and pleasing colors. The camera works with industry standard 17 and 33 point 3D LUT files. As well as the built-in LUTs such as Extended Video, Film to Video, Film to Rec.2020 and more. 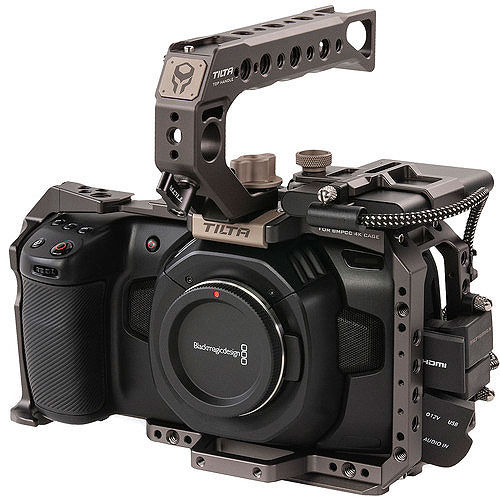